A few years ago, I spent some vacation time in Iceland. I saw plenty of the country, and probably visited most of its museums. 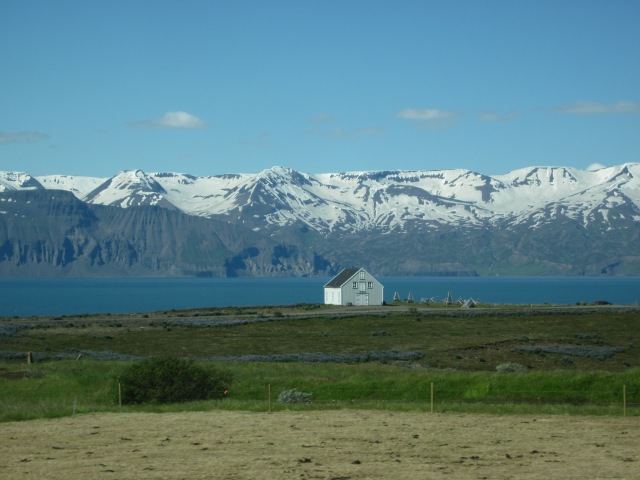 near Husavik (photo by A. Chapman)

I learned a lot about the the place, the people, and their history. I took many things home. The biggest thing I brought back was one prevailing idea — or question. It’s continued to fuel some thought:

What facilitates and what inhibits innovation?

I’m sure a historian of Iceland will cringe at this encapsulated history of the island, but here it goes anyway: The Vikings came by about a thousand years ago, and set up a number of settlements. Eventually an ice age hit, and the Viking ships stopped showing up. It got really cold, and every accessible tree was cut down as people made a subsistence living off of sheep, cattle, and fishing. Life in Iceland, before the 20th century, was hardscrabble and meager. To persist in an environment with such low productivity, people had to work very hard to simply not die. As an event of vicariant biogeograpy, the language, culture and genes of the Vikings persisted in Iceland more so than other homelands of the Vikings.

Iceland was a developing nation until the influence of World War II brought some prosperity to the island. However, there were imperialistic and trade connections with the European continent for many hundreds of years. However, most trade was the shipping of processed fish and finished wool products away from Iceland. These natural resources were harvested using traditional methods that were less efficient than the techniques practiced on the continent. They just didn’t have any other way of doing things. 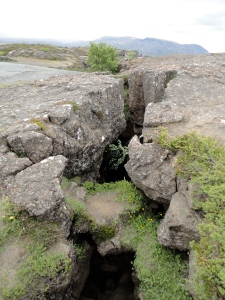 To make the long story short, people in Iceland had retained cultural practices and technologies that were no longer used in other parts. Some of these things were very inefficient compared to other ways of doing things, but the more efficient technologies hadn’t made it to Iceland.

So, this meant that people worked really, really hard, all of the time. There was little time for leisure, it seems. For example, what is the classic children’s toy from yesteryear in Iceland? Leftover sheep bones.

Here are a three examples I particularly recall about how Iceland retained inefficient practices.

Why didn’t Iceland have spinning wheels, or leather, or use hot spring water for heat? Because nobody had the idea, or the opportunity to implement such an idea. (Of course, people with better direct knowledge can correct me on these things. I don’t speak Icelandic, after all, and though I don’t think I was hoodwinked as a tourist this is how I understood things as was I was making my way around.)

I have two competing hypotheses that could explain the relative lack of innovation in Iceland.

I continue to wonder whether the answer is the first or the second, or if my premise is mistaken.

Why is this on Small Pond Science? We all keep ourselves busy with teaching, research and service. If we didn’t have things to do, then that wouldn’t be fun. However, do we keep ourselves so busy tending to minutia, that we aren’t allowing ourselves the time to innovate?

When we’re writing up our syllabi, are we so busy just getting through it that we don’t focus enough to visualize innovative — and more efficient — ways to do things? Are we so busy getting things done that we don’t use our (relative) freedom from the publish-or-perish universe to do completely new science that others aren’t willing to take a chance on? If I’m not taking the time to evaluate my current practices, then I can’t improve. Which means I need to not live too quickly. I’m clearly not that rare Ben Franklin-esque character that changes the world with a series of spectacular thoughts and deeds. But I can make sure I’m not working with my head in a rut, so that I can be open to new ideas.

5 thoughts on “Is innovation stifled by overwork? The case of Iceland”