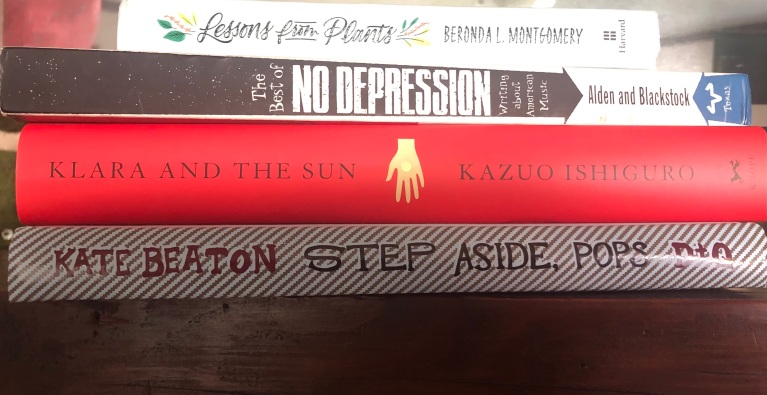 Whew! It’s been a while since I’ve done one of these for you. So I’ve got some great stuff lined up.

The B Lane Swimmer

Out in this desert

Reconsidering qualifying exams and the transition to PhD candidacy

From an absolute rockstar team of authors, check out “Promoting inclusive metrics of success and impact to dismantle a discriminatory reward system in science” in PLOS Biology.

Also from the pages of PLOS Biology, “A generation of junior faculty is at risk from the impacts of COVID-19“

The Audubon Society wades into the controversy about what the difference is between a birb, a borb, and a floof.

I think this profile of Juliane Diller’s survival is a must-read for tropical field biologists, and great for everybody else too.

There were horses in [American] Native culture before settlers came. This is a story of some cool scholarship, and like good research, opens up many new questions.

NIH has pulled funding from a bunch of sexually harassing PIs. Some of them have lost their positions. But where have they gone to? Who are these people? Has NIH just passed the trash? Kudos for NIH for doing something (apparently, well more than NSF), but, it’s still not enough.

What do you call it when a member of the National Academy of Sciences is ousted for sexual harassment? A good start.

This is a super cool video by Adrian Smith, even if you’re not an ant person.

The obesity wars and the education of a researcher: A personal account – what dogma and paradigm blinders do to those working to genuinely advance the field

The diversity and inclusion industry has lost its way

the tiny white people in our heads

On guillotines, monarchy, and the American Right

On the tenure denial of Nicole Hannah-Jones

Charles Grodin has left us, but he did leave behind this article about this tryst with Miss Piggy

Diversity, when you can’t see the differences

“A Clockwork Orange” Made Me Long to Be a Monster, But It Only Saw Me as a Victim. I remember seeing A Clockwork Orange in my late teens and was entirely befuddled and freaked out (but not at what Kubrick or Burgess were trying to say) , and this essay puts a pin in this in a way that I didn’t have at the time.