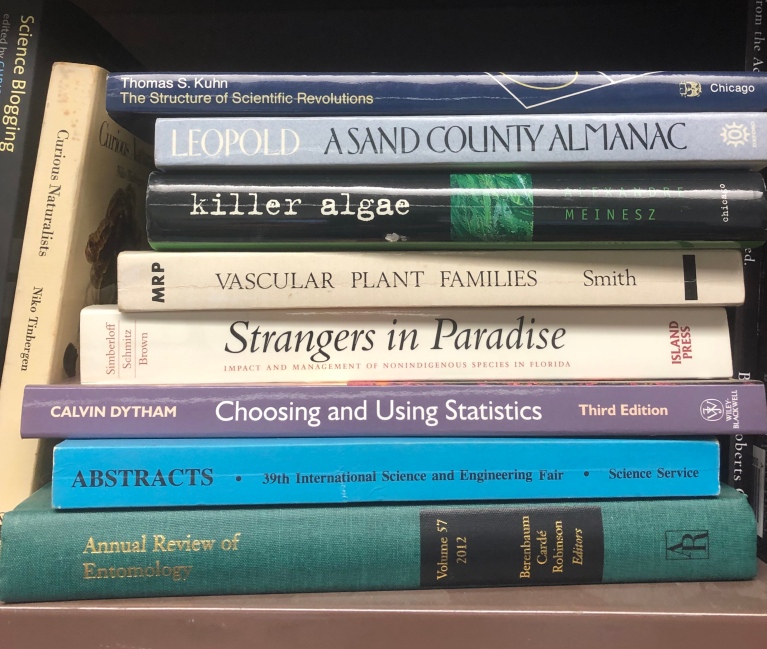 8 ways to teach climate change in almost any classroom

This review of a new book about Joy Division by Henry Rollins is not Everything, but it’s Quite A Lot. (And here’s a blog post about the science of the cover of Unknown Pleasures, which you’ve definitely seen in t-shirt form.)

A survey of female undergraduates in physics found that three quarters of them experience some form of sexual harassment, leaving them alienated from the field. This is a viewpoint piece about a new article in a physics education journal. We are increasingly in debt to a number of scientists who have shifted their careers to conducting research on the pervasive problem of gender harassment in STEM, providing the documentation, in the form of peer-reviewed evidence, that validates what so many people have already experienced.

Have you caught the Attenborough-narrated documentary on Netflix, Our Planet? I’ve caught the first episode so far, and what’s remarkable and long overdue, is that it directly deals with the massive impact we’ve had on biodiversity. It recognizes that we’ve shaped the planet in so many ways and for the worse. It doesn’t save it for the last 15 minutes as a narrative coda, but instead, weaves it into the fabric of the entire feature. Ed Yong writes about this. And it’s great, of course, because Ed Yong.

The expanding role of the community college in undergraduate research experiences

This is an important piece of writing:

And the National Academy of Sciences voted to hold a vote (yes, you read that right) to decide whether they should revoke membership from people who have committed “proven” cases of sexual harassment. This is encouraging — and the product of careful politicking and forceful activism by some brave leaders — but I’ll believe it when I see perpetrators including Inder Verma, Geoff Marcy, and Tom Jessell removed from the Academy.

I hope you have a nice weekend.

One thought on “Recommended reads #150”