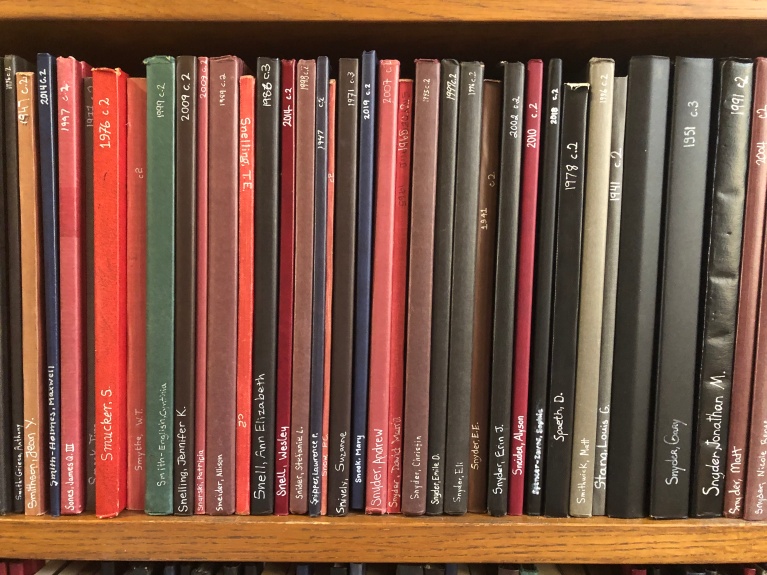 If you haven’t seen this yet, a strong piece of journalism in Science, about who gets NSF graduate fellowships. (I get a couple mentions in there, and the proposal for near-peer cross-institutional mentoring wasn’t funded, if you’re curious. But EEB Mentor Match is bigger than ever, and we are still looking to connect students to mentors to write proposals and/or apply to grad school, so please sign up to be a mentor or to be mentored!)

And if you identify as URM and are looking for a mentor to help you apply to grad school or for grad fellowships, and you’re not in EEB, check out the Graduate School Mentorship Initiative from Cientifico Latino.

A pedagogy of kindness [highlighted read]

A “culture of harassment” at the Center for Minority Serving Institutions at the University of Pennsylvania. (And the person who is accountable for this is moving on to a new position at Rutgers.)

A bunch of students at the University of Georgia assembled a crowdsourced “Being not-rich at UGA” guide with lots of practical advice and information about getting by, which looks extraordinary. If only every campus had something like this.

“Data reveal that underrepresented students are simultaneously positioned as representatives of progress and uncompensated consultants in their departments’ ongoing equity and diversity efforts. As a result, student contributions to diversity work are experienced as an ongoing process of emotional labor in which institutional ethos and/or feeling rules in the department shape how students manage their internal and external emotions.”

In yet another sign about what this country has turned into, a new college freshman coming to the US to start courses was deported after hours of questioning, because they said friends of his online said negative things about the US. They searched his laptop and phone for five hours.

In an extraordinarily frustrating set of circumstances, a labor union in Los Angeles is holding up a big switch to solar power.

Scientists who leave research to pursue other careers are still scientists.

There was a very mistaken piece about the fires in the Amazon in Forbes, which I won’t link to, but here’s a high quality response from the guy who founded Mongabay.

“Toward a more humane genetics education: Learning about the social and quantitative complexities of human genetic variation research could reduce racial bias in adolescent and adult populations.”

Last year the University of New Hampshire made news when one of its librarians, Robert Morin, who had saved almost 50 years of paychecks, left $4 million to the university upon his death. UNH spent $1 million of the librarian’s gift on a 30-by-50-foot high-definition scoreboard for the new, $25-million football stadium.

She wanted a man with a good job who is nice to animals. [highlighted read]

An NPR story about dude walls.

I was just invited to perhaps the best shared spreadsheet of all time titled "Dude Walls." An effort by @Caltech's diversity center to track the prolific intimidating wall collections of old white men staring at scientists. Does your school have similar wall art? #WomenInSTEM pic.twitter.com/x82Mo4tt3U

I’ve said a few times here how I’d update y’all on things I’m reading for pleasure. But then I keep forgetting to do that. So here’s a little bit of catch-up. I finally read Cheryl Strayed’s Wild, about finding oneself on the Pacific Crest Trail. Which was very good. I also enjoyed Washington Black by Esi Edugyan. And Chuck Wendig’s Invasive is a wacky fun quick horror read about genetically engineered fungus-growing ants that grow their fungal garden with substrate of human flesh. I’ve started digesting Mark Twain’s autobiography in small pieces, which is fascinating combination of wisdom and gossip. Also, more work-related, I really really enjoyed Joshua Eyler’s How Humans Learn, which essentially uses evidence from a broad range of fields to show demonstrate how particular student-centered teaching approaches are more effective. It’s probably not the first book to read as a university-level instructor, but maybe it should be the second or third? It definitely connects if you’ve had some experience in the classroom. I’m also doing a slow binge, if one can do such a thing, of Star Trek: Deep Space Nine, and I’m having trouble pronouncing the title of Eyler’s book as a Ferengi would say it. Hew-mon.)