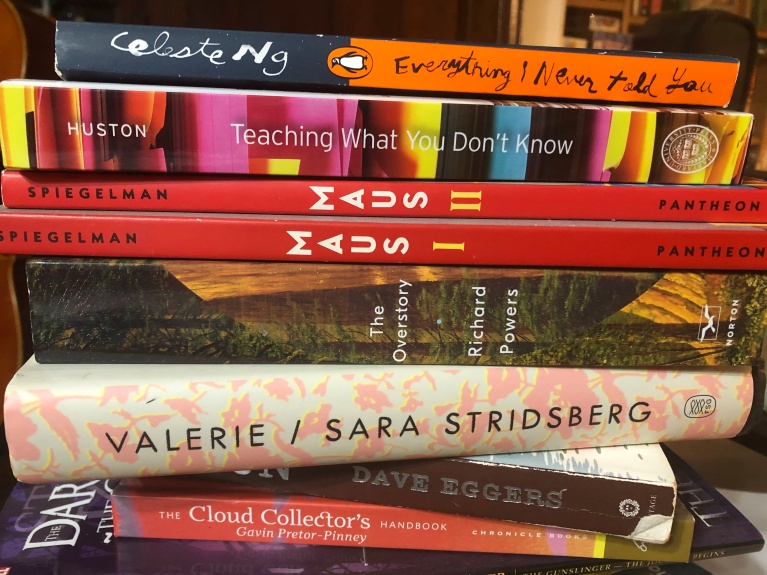 It’s been a whole month since the last one of these? How about I prune this down to the gems, how about that?

You want to write for the public, but about what? This is a short and very sweet guide to being an academic in public. It does a great job of explaining how you need to talk outside what you have been trained to think what your lane is.

Rationality vs Reasonableness — how do people consider them to be useful measures of judgement in our daily lives? This is some cool science. (also, did you catch my recent deficit model post?)

“It’s time for open to disband.” I saw a lot of people who have been strong advocates for the “open science” in a general sense read this essay and say it’s spectacularly well done.

Here is some good journalism about the huge amount of radioactive waste that is being released as a result of fossil fuel extraction in the US. I really had no idea.

The secret firefighting mission to save the Wollemi pines

My semester with the snowflakes

Chuck Wendig’s explainer about why he’s for Elizabeth Warren is really good. I say that because I think he’s managed to capture what also is my reasoning.

While on the topic of pieces of writing that capture how I feel but in a manner more eloquent than I think I usually am, see Summer Brenner’s story about weighted blankets. You know how sometimes you read something and think, “my gosh, this is exactly how I feel?”

“Targeting the Achievement Gap: Strategies Toward Removing Inequities in Undergraduate Immunology Education” (though really, you don’t have to be an immunologist or be teaching immunology to benefit from this)

As the new year was starting, we lost Courtney Mykytyn, much before her time. She was an activist for the integration of public schools, and founded the organization Integrated Schools. I didn’t know her well, though I have been close with families that worked with her as their children were starting elementary school, and folks who have learned what it truly means when we say that our public schools are for everybody, and the harm generated by resource hoarding by white families in diverse public schools. The major papers of record wrote some beautiful obituaries, including this one from the Washington Post.

“A Preponderance of Overt Racism” at Woods Hole.

Here’s an obituary for Bill Ebeltoft.

My first novel of the year was Cloud Atlas. And holy fricking moly that was a great book. That said, I can’t even imagine how they bothered to attempt to make a movie out of it. It also makes me want to read The Bone Clocks, which is buried in my stack of books I hope to get to.

My second book of the year was Jonathan Safran Foer’s We Are The Weather. (I picked it up at the world famous Strand bookstore! My first time there! And hmm, it’s no Powell’s, sorry not sorry.) He makes the argument that a collective decision to scale down meat production is critical to address the climate crisis. I think he’s not wrong, and despite that, I wasn’t fond of the book, even though I’m both alarmed about the climate crisis and have been vegetarian for a quarter of a century. While I think it’s great that people who already have literary agents are inspired to write about the climate crisis, there’s are others with more expertise in this realm that we might want to prioritize. I think the evidence was gathered in a post-hoc fashion after the argument was formulated, which I think is nice way of saying cherry-picking through the technical literature. The notion that the book was an argument in search of data is buttressed by the existence of his prior (and, I think, better) piece of non-fiction, about the ethics of eating animals. The opening chapters describe collective action in the US in response to the Second World War, as an all-hands-on-deck-we-must-save-the-world effort, and describes how we essentially need that spirit to respond to global warming, but it’s a lot harder to conjure even though the level of the threat is so certain and so terrible. That part was effective. Anyhow, his novels were great, though. (The opening scene in Extremely Loud and Incredibly Close was just so intense, it took me weeks to gather the fortitude to get through it.)

One thought on “Recommended reads #163”