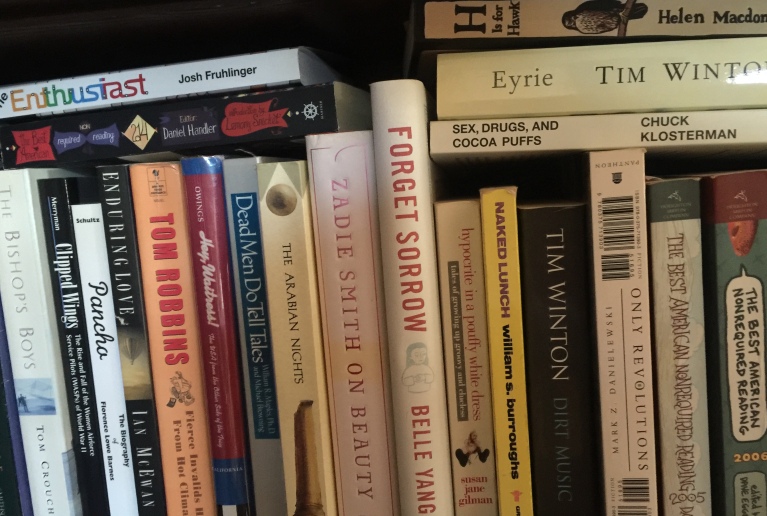 Can you pick the bees out of this lineup? No really, can you?

The NSF-DEB blog has a post about the new guidelines for graduate fellowships, which have a deadline next month.

President Trump’s War on Science. This is an important comprehensive editorial from the Editorial Board of the New York Times.

Equally important in my opinion is the text of this speech by Carl Zimmer, “Let’s not lose our minds.” It puts science and media of the Trump era just perfectly into context.

The rigorous peer-review process within the EPA is being subverted by political aides, who are now choosing to not fund some high priority projects chosen by the agency. This is not a drill —  this is the political interference into peer-reviewed funding that we’ve feared. This is what merits phone calls, op-eds, fury, and a response from our representatives. This means grants in all kinds of congressional districts may not be funded. University administrators and faculty working to get funded by the EPA, call your reps and get mad. This is a long game they’re playing, and we’ve got to maintain stamina.

Curtin University, in Perth, is using an unprecedented degree of surveillance to gather data about student behavior, including cameras using facial recognition software to track where students go on campus. The article uses the word Orwellian, and that sounds spot on.

This week in university administration covering up clear evidence of sexual misconduct by faculty: The environment facilitating sexual misconduct at University of Rochester is shocking and appalling. Seriously, please read some the EEOC filing describing events that took place over ten years. Just as the University of Rochester said they investigated and found no validity to the complaints, so did Texas Tech.

A whistleblowing grad student at Florida State, who was involved in teaching athletes on the university’s football team, revealed corruption and academic misconduct related to their coursework. What happened to her is tragic.

If you have an appetite for student-shaming screeds, this one ranks up there.

A victory for the Oxford comma.

One private university just cut tuition in half. That’s right, in half. This won’t change revenue, as this is a change in sticker price. But it change how much the full-payers will pay, and how financial aid is structured. Is this the start of the private college bubble popping? There’s a lot of complexity here, but when the perception of the price of a college education can be cut in half like this, what will the consequence be for the market?

Sweet Briar College was about to close last year, but they’re reopening their doors and wholly reinventing themselves.

Here is a moving account of Daniel Llavaneras’ move from Venezuela to Chile. He’s an entomologist who fled his home, and is now hoping to start his dissertation.

An unsigned editorial in Nature argued that we should maintain a statue honoring J. Marion Sims, who in the process of advancing the field of gynecology, performed his surgeries on enslaved women without anesthetic and without consent. This was the most clueless hot take, and the fact that it’s an unsigned editorial by the entire board of Nature is a total failure. They apologized and modified the piece to address concerns, but the new one was just as bad. A wholly reasonable and not-unbiased description is here. Here is another. Nature has piece-of-crap editorials come out on a regular basis, but this one somehow was a new low to which they rarely stoop.

Keep on marching for science education. (This is a piece in Nature too. Less hideous though.)

This week, I had a most amazing experience, I got to go see Yo-Yo Ma play all of Bach’s cello suites, in a most perfect evening at the Hollywood Bowl. Days later, I’m still enthralled. The LA Times came out with a very nice review, which is worthwhile in its own right (even if you couldn’t be as lucky as me to have been there).

Have a nice weekend.